(March 9, 2016)—Is it true? What do you think? I grew up in Albuquerque and these sound about right.

If you grew up in Albuquerque, you’re

There are many ways that Burqueños can be described as quick-witted. Some of us are smart asses and some of us are just plain smart. However, there are a lot of really stupid people everywhere. So, beware.

Some of us grew up dirt poor and when you grow up with nothing, you learn how to create something from very little. This tends to spill over into our other activities, making Burqueños a pretty strong contender when it comes to getting shit done.

Most of us that have family that have been here in New Mexico for a long time, are descendants of Spaniards, Navajos, and Apaches, which are known for their ferocity and tenaciousness. Let’s just say we Burqueños have an edge.

It doesn’t matter if you’re a Burqueño or just a New Mexican in general. Green Chile is the main staple in Burque, mainly because it winds up in our breakfast, lunch and dinner.

Burqueños love the sunset. Albuquerque is backdropped with the Sandia Mountains and gives us one of the most spectacular sunsets in the country. 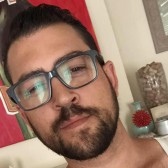