(November 30th, 2015)—Santa Fe, NM—Among all the beautiful landscapes in New Mexico, we also have some of the most talented filmmakers and actors in the country. Beginning Wednesday and running through Sunday, filmmakers, actors, and film junkies alike will gather to celebrate film, New Mexico style.

The 2015 Santa Fe Film Festival will have a wide variety of guest speakers from the film industry. They will also be showcasing a variety of filmmakers and the works that they’ve created.

Whether you’re the eccentric type or not, this is surely an event that all New Mexicans should appreciate if they cannot attend. The best thing about it is, it’s ALL FREE!

The events kick off Wednesday and run through Sunday.

Here are some of the highlights:

Frank Mancuso Jr. has not only produced major Hollywood movies but he was raised in the industry.

Frank Mancuso Sr. was chairman and CEO of Paramount Pictures and MGM Studios, where he was responsible for hit films like, “Top Gun”, “Beverly Hills Cop II,” “Indiana Jones and the Last Crusade,” ” Fatal Attraction,” “Beverly Hills Cop” and many more.

A formidably established producer in his own right, Frank Mancuso Jr. is behind such films as “Ronin”, “Species” and “Friday the 13th.” Hollywood veteran,Vern Gillum, has directed over one hundred television shows including “Law & Order” “Miami Vice” and “Jag.” Eric Witt was the Deputy Chief of Staff; Director Legislative Affairs: Director Entertainment Industry Development for Governor Bill Richardson and continues to help position New Mexico as one of the world leaders in film and television production. Actor Chris McCarty co-starred in Stallone’s movie “Over The Top” and guest starred in Carroll O’Connors TV series “In The Heat of the Night” and written songs for films and television shows like “The Sopranos”.

This fascinating and accomplished assembly of professionals, who have decidedly made Santa Fe their home, promises a lively discussion filled with secrets of the film and television industry. Moderated by former film critic for The Santa Fe New Mexican and current film booker for Jean Cocteau Cinema, Jon Bowman, ‘From L.A. to Santa Fe’ is a prime opportunity for locals on the rise to network and learn from this esteemed panel. 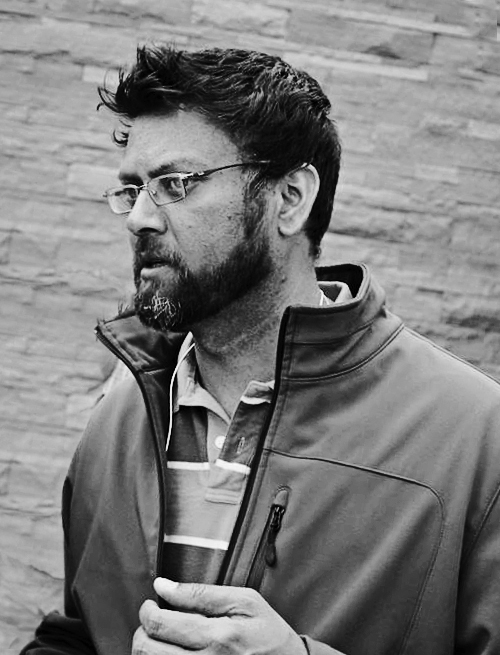 Moderated by New Mexico Women-In-Film Former President, Linda McDill, the central theme of the panel will be “what can filmmakers do to promote cultural understanding and make the world a better place?”

Specific questions for the panel to consider are:

The global impact of radicalism in a post-Paris world emphasizes the need to bridge cultural and economic divides and each panelist brings a unique perspective to problem resolution:

In Odessa—screening at this year’s SFFF— Producer Grace Santos’s award-winning film echoes this:

“In the wake of a global economic collapse and social chaos, Texas secedes from the United States and a stark new border dynamic is born. Now, a desperate mother is forced to brave hostile territory to save her child’s life.”

Actress Saneh Boothe—who lived through the 1979 Iranian revolution— “saw an immediate shutdown of the creative arts.” Being from a country where men” cannot touch a female,” she wants to inspire young people to embrace their diversity and express themselves through film.

Belle Allen, passionate about diversity education, has taught abroad and has seen the immediate impact of cultural understanding. After just two weeks of working with Ecuadorian students, she saw student fear and resentment shift to appreciation.

For photographer and engineer Mukul Gadde’s, his filmmaking goal “… is to provide unique perspective into the nature of the [human] subject and to tell a story. The human subject is so intricate, so ever-evolving…”

Diversity Panel moderator Linda McDill, just recently completing four years as President of New Mexico Women in Film, believes that something as simple as how to pronounce someone’s name can have international implications.

Three days after the Paris attacks, French President Francois Hollande declared that the terrorists had targeted “youth in all its diversity.” The SFFF/BSR Diversity panel intends to explore a re-direction of their aim.

10:00am – 11:00am Good Drone v. Bad Drone: A Unique look into the progression of aerial cinematography.   With so many emerging drone operators, how can you vet the good drone operators from the bad ones?     In this session we will discuss the ordinary drone shots to the extraordinary cinematic movements.  We will show you the basic shots and we will demonstrate the more complex motions that showcase a narrative between each flight point.   We will discuss the proper ways to vet a pilot on cinematography, flight skills and safety.  We will also discuss the difference between a dual operator and single operator setup.  We’ll show you how to get the best shots and mitigate any safety risks.

11:15am – 12:15am Drone Technology: the in’s and the out’s of today’s hottest technology.  Drone’s have transformed from gopro platforms to heavy lifting machines carrying cameras like the Red Weapon.   We will showcase the performance difference between the smaller drones and the larger drones. What are industry standard price points for both and can these cameras play different roles on set?  We’ll showcase the many different types of shots that can be acquired with quite affordable gear.

1:00pm – 2:00pm Free Fly.  Come on outside and immerse yourself in drone technology. We will have multiple drones flying around demonstrating the differences between the technology. Its your chance to go hands on!

Bio: Michelle Catalanotto is a traditional animator who strives to convey a whimsical and magical feel in her creations. As someone who tends to absorb the gloom of the world more than she would like, Michelle tries to create worlds and silly characters that give her (and hopefully the viewers) a reason to chuckle or smile.

Best Comedy Category: The Matter of Magic – dir. Anna Darrah, Santa Fe, TRT 14 min. 47 sec. This short film stars Colin Cunningham (Falling Skies) as Sam, an ad man who hasn’t slept in a week due to the stress of an upcoming presentation.  His wife has had enough. His boss is putting on the pressure. And Sam feels like he’s losing his mind.  Especially because lately, when Sam reaches for something like a pen or his razor, they seem to fly into his hands of their own accord.

Bio: Anna Darrah has been licensing films for Spiritual Cinema Circle and Gaiam, since 2004. She has worked with the Santa Fe Film Festival, the Screenwriting Conference in Santa Fe, been on many film festival panels and written a chapter in the book, Swimming Upstream; A Lifesaving Guide to Short Film Distribution. Anna is currently working on a feature length documentary, www.TheHelenMovie.com.

Best Documentary Category: A Horseback Ride to the Soul – dir. Aimee Barry Broustra, Santa Fe, TRT 28 min. For the rider and non-rider alike, A Horseback Ride to the Soul explores the ways in which humans and horses interact and how better understanding of this relationship leads to a deeper knowledge of ourselves and our relationship with the world.

Bio: Aimée Barry Broustra, of Camino Vérité Films, has produced, directed and written A Horseback Ride to the Soul andThe Young Ancestors. Both documentaries were filmed in New Mexico.

Best Drama Category: Ballad of the Boatman – dir. Andy Kastelic, Albuquerque, TRT 23 min.  The Boatman is growing weary of his post as the toll taker and ferryman into the afterlife. The faces he sees and the stories he hears are wearing him down. When someone very dear to him shows up at his post, the Boatman must decide whether he can continue his current job as a player in the system or take up arms against a sea of troubles.

Bio: Andy Kastelic is an actor, writer and director who studied theatre at Eastern New Mexico University, and acting at the Lee Strasberg Institute of Theatre and Film in Los Angeles. He now sits as creative director at Balian Pictures.  Andy strives everyday to bring compelling, fresh and entertaining stories to the screen. Production Company and Filmmaker Website: www.balianpictures.com.

Best Experimental Category: This is Me – dir. Marcus Romero, Albuquerque, TRT 4 min.  The film illustrates the ideology behind the loss of childhood and the development of adulthood.

Bio: Marcus Romero was born in Santa Fe, New Mexico, where much of his filming is done. He is currently taking classes through Eastern New Mexico University, where he hopes to get a Film Degree.

Bio: Benjamin Pierce is a senior film student set to graduate this May 2015 from Eastern New Mexico University. He first caught the film bug in his senior year of high school. Over the course of his budding career, Ben has been a production assistant on multiple sets, made his own short films, and had an internship. Benjamin is working toward the goal of becoming a director.

Best Other Category: S.H.I.L.O. Good Times – dir. Dusty Deen, Roswell, NM TRT 3 min. 20 sec. The music video for S.H.I.L.O’s “Good Times” was created from 2,380 original artworks from over 500 artists, almost half of them Junior High students.  The original video was shot and cut and then exported as individual images.  Each image was printed, in black and white, and artists used oil pastels, markers, and paint to color the image as they chose.  The images where then photographed and sequenced over the original frames creating a unique and surreal experience.

Bio: Dusty Deen is an Emmy nominated artist with an emphasis in filmmaking. His recent endeavors explore individual interpretations of persistence of vision when shown unique images of the same representation, as well as stop-motion animation. More of Dusty’s work can be seen at www.RedRoadrunner.com.

Best Sci-Fi/Fantasy Category: Death in Time – dir. John Broadhead, Albuquerque, TRT 45 min.  Time and Death, both personified, engage in an eternal argument over the meaning of death and the value of life.

Bio: John Broadhead is a New Mexico native who has been writing, directing and editing films for over ten years. He is currently a producer with his film company, Reflection Films, based in Albuquerque.

In December 2013 the Santa Fe Film Festival awarded “#nightslikethese” the prize package worth $25K in combined cash and industry resources to create their pilot set in Santa Fe through the 1st Annual Shoot Santa Fe Pilot Project after creating their 30-90 second trailer based off of a pilot idea set in Santa Fe.

A 2014 Pilot Project winner will be named on Sunday Night. The Audience vote counts, so come out to support your favorite!

PR and publicity from Christa Valdez, Founder of Oneheadlightink.com

I am New Mexico

With the power of focus groups and crowdsourcing, 99 percent of our content is created for New Mexicans by New Mexicans. We figure that's the best way to get the best things to you.